For the majority of human society's history, skills were learned by some version of an Apprenticeship. People learned a trade, or craft, by being mentored by a Master. Through a combination of explanation, making mistakes, and a rigorous routine of Doing, an Apprentice would one day become independent and able to proficiently do the job.

In fact, Germany is doing a fantastic job at standardizing that model at the national level, and it produces a highly skilled workforce. Other countries have tried to emulate it - for example, the UK - but with mixed results.

However, in the last 70 years, the message was changed in the USA. The focus was put on going to university. Getting a liberal arts-based education was sold to young people as a certified path to a job, family, and success. Could the USA get back to apprenticeships?

Listening to, and reading articles from, modern educators, politicians, and business leaders, there is a growing voice asserting that the American public was sold snake oil instead of a secure, successful path to a good job.

I'm starting to believe they may be right... kinda. I'm not stupid enough to espouse the idea that we need to eliminate universities. I am, however, pragmatic enough to see that there are some roots that are rotting and need to be removed.

I've got a sizeable chunk of anecdotal evidence of it just from the students that I've taught over the last 3 years at Nashville Software School. I've lost count of the number of students who have talked to me about the fact that they graduated with a worthless degree, then found out that it didn't qualify them for a job - at all. Now they are tens of thousands of dollars in debt and working as a waiter, barista, or forklift operator.

In all seriousness, I cannot fathom the thought process by behind a university offering a master's in Language & Literature with a concentration in Tolkein Studies. Yep, it's a real thing. Aren't they supposed to be focused on preparing students for careers? If anything, this kind of offering highlights the yawning chasm between the realities of the modern workforce, and what university professors are offering as courses.

Critiques & Value of the Modern University

To be honest, I was quite surprised at the amount of criticism about higher education that I uncovered when I spent time researching it. I also discovered some strong patterns about what people disliked about their university experience.

Here are the top hits.

Yes, I realize that there are many exceptions to these common complaints, but they truly are exceptions to the rule. I realize that there are many Mr. Keatings out there fighting the good fight. Unfortunately, they appear to be outnumbered by the Headmaster Nolans who are intent on grinding out every ounce of creativity and independent thought in students.

Colleges and universities simply cannot keep up with the torrid pace of innovation and destruction that is happening in software development. They aren't set up to be bastions of agile thinking and rapid adoption of new ideas.

In response to the growing disdain for university education, advocates for it have some common rallying cries.

I thought there would be more benefits espoused for getting a university education, but those are the two common points made in defense.

Is it possible to offer those benefits to people without it taking 4 years, and the end result is a worthless piece of paper and $100,000 of debt? I'm starting to earnestly believe that it is.

What We've Learned as a Lowly Vocational Program

I use the qualifier of "lowly" as a tongue-in-cheek volley towards people who have bought into the marketing of "University At All Costs And The Only Option". They look upon coding academies and other vocational schools with a mixture of fear and disdain.

We've just barely scratched the surface, and we have a tremendous amount of experimentation and learning left before we have a deeply mature product, process, and Learner Experience. Luckily, we have made a scratch on the surface and can see what lies underneath.

Our course is challenging, to say the least, but that does not mean it has to be a frustrating, lonely experience.

I published a full article that explains in more depth about our andragogy at Nashville Software School and what we learned when we challenged the assumptions that were remnants of our educational journeys. Training people for a specific vocation in 6 months required us to question everything and determine its efficacy since we cannot afford to waste any time.

We learned that all of our previous experiences in, and assumptions about, education were not efficient for our goal of preparing our students for jobs in software development. What is important is serving our students above everything else. We've handcrafted a bespoke, artisanal, organic, locally sourced, low carbon footprint Learner Experience that we constantly refine to ensure that our students have a pleasurable journey through the course. Our course is challenging, to say the least, but that does not mean it has to be a frustrating, lonely experience.

In students' final three months of the course, they are in an apprenticeship. The experience is carefully crafted to slowly expose them to the pace, ceremonies, pressure, and work that they are likely to have as junior developers in the workforce, while still maintaining an environment where they feel safe to fail and learn.

The staff acts as the teams' manager and product owner. We coach them on technical growth, and also their growth as technical designers and partners. They need to understand that a truly powerful software developer knows how to partner with non-technical business teammates to deliver the right solution.

By the time they graduate, the will have experienced multiple sprints, and all the Scrum ceremonies that accompany them. They use Kanban workflow. They get coached on how to survive the useless whiteboard interview, because regardless of how many studies and opinion pieces get published demanding that they be trashed, people still have candidates suffer the experience.

At the beginning of 2018, the Nashville Technology Council announced ApprenTech. This program will be Tennessee's first technology-focused apprenticeship that will combine the benefits of vocational training and on-the-job experience. Nashville Software School is their first official training partner, and I'm excited to see how this experience that we've crafted for our students evolves for this new venture.

The employers that are engaging directly with the NTC see the value in a modern take on educating people for knowledge-based jobs that require critical thinking skills, a passion for learning, and a growth mindset. All things that traditional education institutions seemingly place no value on.

In addition to forming a partnership with the NTC for formal apprenticeships, other employers in our area are keen on extending our apprenticeship model in their own culture. We've had conversations with two other companies who intend on making the transition from leaving NSS as a junior developer, to becoming a successful, experienced journeyman developer as smooth and repeatable as possible.

We all get to be part of the solution, instead of being the ignorant who complain about the lack of talent

They are building a culture of purposeful growth in which they hire architects, and team leads with a strong mentoring mindset and have them guide our graduates after they join their companies. They intend on having very clear guidelines for tasks and projects that juniors can do to set them up for success in growing their skills. This will make them more talented developers, and more valuable partners for the business.

By working together, and extending our apprenticeship model into the workforce, partner companies will ensure that our community has a continuous stream of qualified junior, journeyman, and senior developers. We all get to be part of the solution, instead of being the ignorant who complain about the lack of senior talent, but refuse to help grow it. I'll call them the Lazy Leeches.

A program called Apprenti, which is based in Washington state, and was created by the Washington Technology Industry Association is America's first registered apprenticeship program and was contracted by the US Department of Labor to expand their program nationwide to help accelerate the training of the knowledge workers that modern society desperately needs. The US Bureau of Labor Statistics estimates that between 2016 and 2026, demand for software developers will grow by 24%, vastly outpacing most other jobs.

I can envision these programs, in conjunction with coding bootcamps across the nation, working together to help meet the expected demand. Since modern society continues its rapid transition to being a knowledge-based one and having an increased dependence upon software, I see no near-term end to this level of growth in the field.

Apprenticeships have the potential to be the best solution for building a reliable pipeline of qualified professionals. Colleges and universities simply cannot keep up with the torrid pace of innovation and destruction that is happening in software development. They aren't set up to be bastions of agile thinking and rapid adoption of new ideas.

The new kids on the block just might have to be the ones to dismantle the entire notion of how we prepare people for the workforce. Instead of it being a soul-crushing march to financial ruin for the sole purpose of signaling employers about who survived the Pit of Despair, it can be an efficient, challenging, and pleasurable journey of true skills-based preparation that is perfectly aligned to what employers are looking for.

It's time for the big apprenticeship comeback. 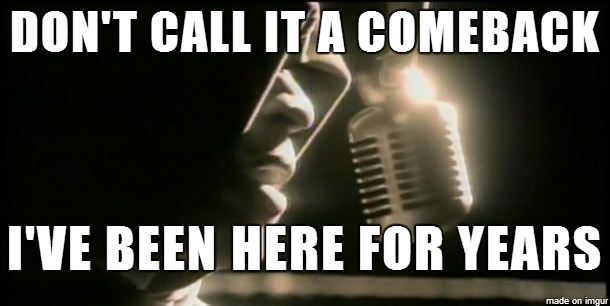