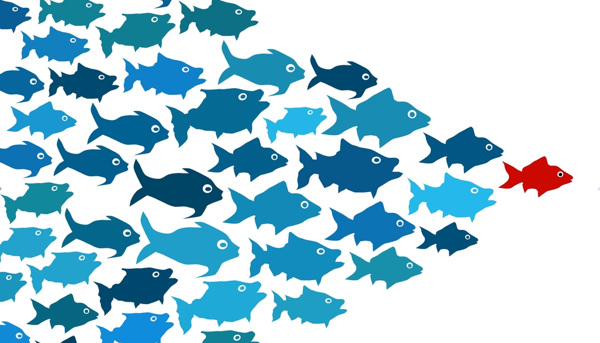 Today I say goodbye to Lonely Planet, and the amazing team of software developers that I helped build while I was there. It's sad, but I'm also excited because I move on to be a full-time instructor at Nashville Software School.

When I first joined, it was simply to be a senior developer, and help mentor the junior developers they hired, but it quickly morphed into an official management role where I approved time sheets and vacation requests, and was held responsible for their work. A team of three quickly grew into four, then five, and then eventually twelve. My teammates' success became my #1 goal and I put my own growth on the back burner.

What I didn't realize, until later, was that I was growing as well, just not how I originally thought I was going to.

I helped them enhance their skills - not just in software, but also in the softer skills like interviewing, career advancement, engaging with the community, and how to work with other roles in the organization. Their happiness and engagement with their work became my job, because I know that engaged software developers who are certain that people care about their growth and success make the best teammates possible, and thus, the value they provide to the organization in the long term is highest.

Basically, I gave a shit.

After speaking with my friends, family, and colleagues in my field, I found out that giving a shit is not common practice. Verily, in my own organization, I found that many of the folks in senior positions focused more inward than outward. Talking with teammates that left, and hearing about their interactions with their managers, it sounded like that scene from Glengarry Glen Ross, where you feel like you lost a tiny shard of your soul after you were done watching it.

The worst things I learned

I learned that being absent is not an option. Showing up once in a while simply to give directions is not leadership. Heck, it's not even management. It's a sure fire way to make it clear that you don't care about your teammates, and think of them as tools to achieve your own goals.

I learned that growing beyond your own experiences is a very hard thing to do. Hasty generalizations are difficult to overcome, even when overwhelming evidence is present. I include myself in there as well. Having worked in several high functioning, mature, engineering-focused companies, I thought that I could take proven, industry standard processes and just plug & play anywhere. There was plenty of evidence that it wasn't going to work, and I finally had to admit that I was wrong.

It was hard to admit that.

I learned that "talent" (I put that in air quotes, because it's such a subjective term) is overrated. Plenty of time and money is wasted everyday, everywhere on "talented" contractors who have 0% stake in the long term health and success of a company. I decided to build my team with competant people who brought positive attitudes, passion, and a dedication to helping each other before helping themselves. It makes for a team that is willing to go the extra mile for each other, and stay together for a long time.

That philosophy was not universally shared throughout the company, which led to some interesting results.

The interesting things I learned

There's a popular quote that commonly circulates around LinkedIn and other social media networks.

"A small team of A+ players can run circles around a giant team of B and C players." - Steve Jobs

I wholeheartedly agree with this sentiment. However, it is also taken out of context. In the actual interview from the book In the Company of Giants, that statement is followed up by further insight.

"It's not just recruiting. After recruiting, it's building an environment that makes people feel they are surrounded by equally talented people and their work is bigger than they are. The feeling that the work will have tremendous influence and is part of a strong, clear vision -- all those things." - Steve Jobs

Just going out and hiring people who you think are A players, throwing them in a room and saying, "sit down, shut up, and go build this thing I want you to build," is not how it works. Also, A players don't just pop into existence like a Higgs boson. It takes time, trial & error, effort, and guidance to build an A player.

I learned that putting in that effort makes A players from existing B players who are ready to make the transformation.

The best things I learned

I learned that when you truly care about people, they will care about you and love coming to work. Like I said above, I gave a shit, and that led to a team of people who were willing to do amazing things that made the team successful in every endeavor they undertook.

I learned that when you push people to grow, they grow more than you ever suspected. Giving just the right amount of extra space into which a teammate can grow usually ended up with me being amazed by the results. In just 16 months, I saw my teammates enhance their skills far more than I ever had in the same timespan... because I opened the door and let them know it was safe to go in.

I learned the value of total transparency. Unless I was given a direct order to not share information, I shared it. The team always knew what was going on, what our challenges were, when we had major successes, and how others judged our value in the organization. To do otherwise would be akin to treating them as children.

I learned that I'm a good mentor and coach. In fact, from what everyone tells me, I'm quite good at it. I find the feedback surprising because, to me, I'm not doing anything special. I'm treating people with respect, sharing what I've learned over the last 25 years, and caring about their success.

I honestly thought everyone did that.